Cheat Sheet: Everything You Need To Know About Vodka - Pristine Vodka

Cheat Sheet: Everything You Need To Know About Vodka 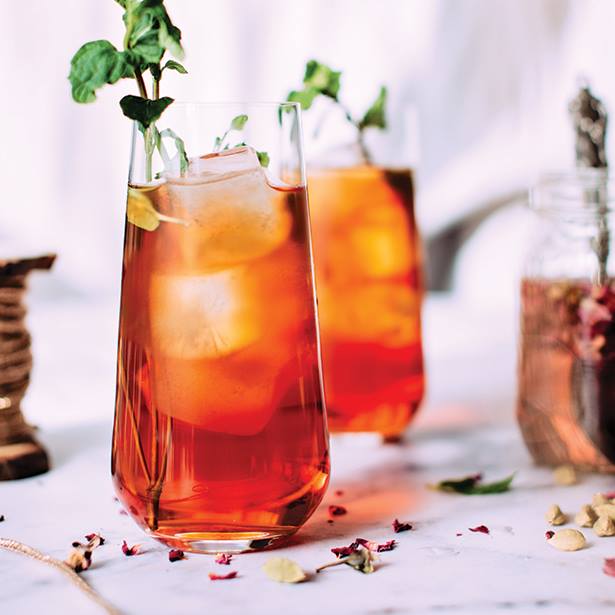 Do you think you know everything about vodka? Let’s find out. Here is a brief overview of everything that you need to know about vodka. Check out.

Russians and poles have been fighting for a long time to lay claim on the origin of vodka, both claiming that they invented it. A Soviet historian tried to get back to the roots of the popular drink and found that the first vodka recorded in the history was in the late 15th century created by monks at the Chudov Monastery.

How was the very first vodka, you ask? The drink used to be made with alcohol imported from Genoa through the Crimean port. It was not the usual grain alcohol as we know it today.

It was much later that the tradition of brewing vodka out of grain, rye, and spring water came into practice. However, some historians have found this version of history to be concocted, and we might never really know whether vodka came from the Russians at all.

The original vodka was not created for a drink, and it was known to have medicinal and cosmetic uses. For many centuries vodka has been called burnt wine or bread wine. But there were many variations of the popular drink. Just because you see so many different flavors in the stores now does not mean vodka used to be a plain, tasteless liquor. Try Pristine Vodka, if you have not already, to discover the pleasurable undertones.

The reason vodka is so popular comes from the fact that it has a clean, crisp taste that pairs well with a lot of different flavors. From spices to fruits, it has something in store for everyone. And this wide global appeal is what makes it such a versatile and most commonly consumed drink in the world.

Besides that, vodka is a straight spirit. This means it has one of the lowest-calorie contents of all the different kinds of alcohol you can buy. A single shot of vodka has less than 100 calories. Considering all of us can watch our weight and show some restraint towards all the sugar and carbs we consume, vodka is not only the popular choice by taste, but it is also the popular choice by health.

Even if you are consuming vodka and trying to be strictly under the calorie limits, you still have many more options in the forms of cocktails than any other drink.

The biggest factor that makes vodka a clear winner of all alcohol is that although it has some calories, it has zero carbs. As we all know, in the fashion and glamour world, carbs are evil. Even carbohydrate-based vodkas that are made from grain become carbohydrate-free by the end of the Distillation process. There are only trace amounts of sugar found in the drink, and all the sugar from the green and flavoring becomes eliminated in the process.

But if you are buying flavored vodkas, you will have plenty of sugar from all the added ingredients that come after the distillation process. If you are trying to go low calorie, the straight stuff is your best bet.

And that makes for a very, very wide audience.

How Long Can You Store Vodka?

If you don’t have the habit of consuming alcohol regularly or frequently, a single bottle of vodka can last you a very long time. Naturally, the question will come to mind whether the bottle sitting on your shelf is still drinkable after six months. To give you the good news, it does not go bad. The alcohol content in the drink is way too high for any bacteria or germs to breed in. So you can grab a drink anytime you want and leave it off for months and come back to it like it was brand new and unopened.

Should You Put Your Vodka In The Freezer?

This is a complex and tricky question. There are two schools of thought when it comes to putting vodka in the freezer. Some say that you should never put alcohol in the freezer because you will end up ruining all the taste. But with vodka, this is not the right approach.

If you are buying cheap quality and your aim is to get high in record time without worrying about the flavor, you will benefit from shoving the bottle in the fridge for a few hours and chilling it. It contains flavor granules. This when poured, slowly releases the aroma and flavor and lets the drink become its best self. As we all know, no quality or cheaper vodkas do not have so many complex notes. But they do have a very bitter and sharp taste. By putting it in the fridge for a couple of hours, you are dulling some of these sharp notes, so the drink tastes better in the end.

However, if you picked up a high-quality bottle, like Pristine Vodka, you should just leave it on the counter. Even though vodka is considered widely unflavored, the premium versions are complex and flavorful. They are just like any other good brand of Scotch or whiskey. Putting them in the fridge will kill all the complex notes and make it flavorless. Besides, with quality vodka, you do not have to worry about the sharp taste, so there is no need to put it in the freezer.

In case you want to put the bottle in the freezer, rest assured your drink is completely safe. The freezing point of vodka is negative 70 degrees Fahrenheit. This means your freezer running at zero degrees is not going to crush the bottle or something. It will, however, improve the texture and make it thicker and tastier.

What Are Some Quick Tricks You Can Do With Vodka?

Invest in vermouth. If you like quality drinks, vermouth will enhance the flavor of your cocktails and give it personality.

Garnishing will help you increase the aroma and appeal of the drink. You can also use techniques to enhance vodkas with lemon, orange or grapefruit, or pretty much any citrus fruits.

So, how many of these facts did you know already? Let us know in the comments below!