How Is Vodka Made And Other Interesting Facts - Pristine Vodka

How Is Vodka Made And Other Interesting Facts 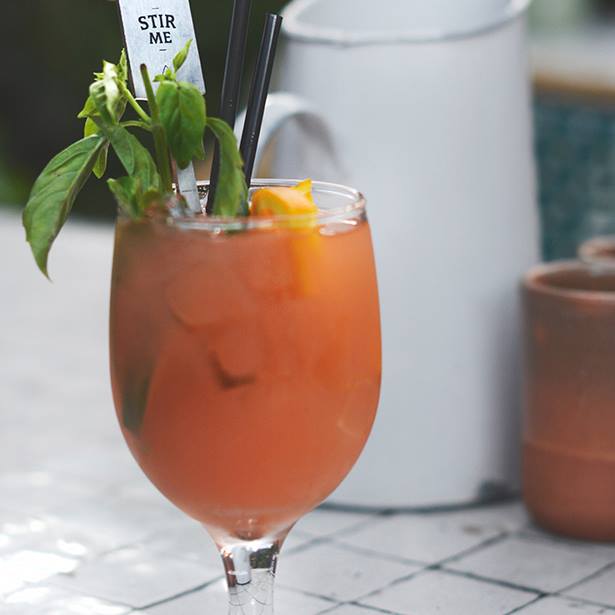 The most preferable spirit and drink, vodka is not only loved by Russians but by people all over the world. Vodka is the safest drink of all and can practically be made from anything. Unlike other drinks like whiskey and tequila, the raw materials needed for making vodka are easily available.

Be it sweet potato, corn, rye, wheat or sorghum, vodka has an interesting manufacturing process.

You may be savoring vodka cocktails or making your own versions from your favorite vodka, but the one question that often plagues our mind is – how is it made?

There are various raw materials used in making vodka and distillers all around the world have their own views on them. However, all these processes are based on a general procedure, irrespective of the raw materials used. Here is the common involved process.

Here are all the possible raw materials that are most commonly used in making vodka. Each of these raw materials adds a new subtle flavor to the drink. Depending on the availability of the raw material and what grows best in the area, vodka is made from various things.

The Russians and most other countries use wheat. The Poles use rye. Other raw materials used are maize, corn, potato, grapes, rice, fruits, molasses, quinoa, whey and even sugar. Here are the details of the newly founded  raw materials.

In Rochester, New York, vodka is made from New York state apples. This non-grain based spirit tastes different and is made by distilling freshly grown apples. If you like to have a sweet textured, apple or even banana vodka would provide you with a better taste of your choice.

In Minnesota, you will find organic corn vodka that tastes nothing like corn and still manages to be the same refreshing and clean like a vodka made from grains.

Comb vodka is another popular vodka in New York Hudson Valley. This is made from orange blossom honey. Unlike other vodkas that are distilled multiple times to reach the desired AVB, honeycomb vodka is only distilled once and left unfiltered.

This adds another taste of vodka that is flowery, sweet, lushy and refreshing.

Potato vodkas are also one of its kind. Potatoes are used because of their high starch content. Usually, small potatoes are preferred as they contain more starch than water content than the bigger sized potatoes. The potato vodka tastes different that is much more earthy and robust.

Who thought quinoa would also be used as a prime ingredient in making this drink. However, after research by French distillers, quinoa is another grain that is successfully used to produce the drink and tastes just as better as the rest of the vodkas.

Whey, which is a byproduct of cheese or any milk product is another super food that has gained popularity. A producer of New Zealand uses whey and water to produce the drink with few other additions of their own like vanilla and anise for the finish.

Rye is popularly known ingredient used for making whiskey. Brands also make perfectly tasted vodka out of it too.

The other important ingredients used are yeast, malt meal and water.

We recommend checking out the Pristine Vodka’s manufacturing process. We are sure you will be awed by the sheer dedication that goes in its making.

The very first step of making vodka is fermentation. Once you have decided the raw materials, the desired foodstuff is fermented. Fermentation is done to feed sugar to yeast which results in producing alcohol from the yeast.

For fermentation, malt meal is used that helps in converting the starch in grains into sugar. This is done by heating the grains in water and malt meal. The heat helps in fermenting sugars from the grains. The mixture is then strained to separate the solid materials from the liquid. The resulting liquid which is also known as the wash is then put into a vat along with yeast.

The yeast enzymes act as the main component to extract oxygen from the food cells of the grains and produce alcohol. The mixture of yeast and liquid is kept in the vat for about 3 to 4 days for yeast enzymes to activate and convert sugar into ethyl alcohol.

However, the alcohol at this stage has only about 16% AVB (alcohol by volume). This is too low for drinking spirits. The vodka that is suitable for drinking should at least have 30 to 40% AVB content. To achieve that, this is heated to achieve the desired AVB.

After this, the vodka is distilled to remove any impurities. This is also done for upping the AVB content. In this process, the mixture  is heated, and the evaporated alcohol is collected to separate it from the water. This is how it reaches its desired taste and texture.

Moreover, more is the vodka distilled, better would be its taste.

Wasn’t that too simple to comprehend? With the right available ingredients, we guess it’s not difficult to prepare your own version. There is no limit to the changes and alterations you will find in vodka making. A good bar is full of different choices. You will even find five different varieties of rye-based vodka in a single bar with each of them tasting a bit different from another.

These days, bartenders have started adding flavor to the flavorless vodka. These flavored cocktails with a hint of vanilla, cream or fruit extracts have impressed the patrons in large numbers.