What Is The Difference Between Tequila And Vodka? - Pristine Vodka

What Is The Difference Between Tequila And Vodka? 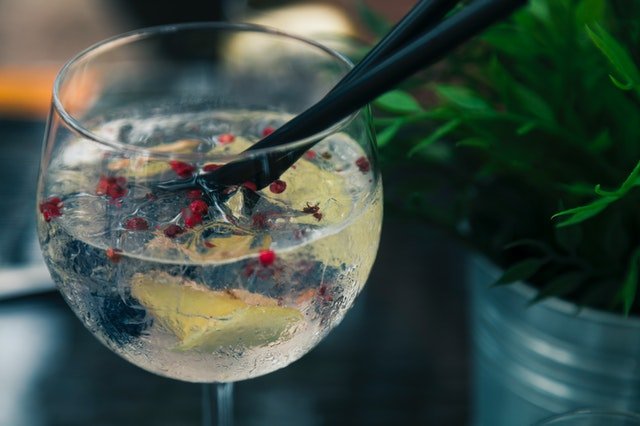 Tequila and vodka are among the most consumed hard liquors. The alcohol by volume (ABV) averages about 40% (for vodka) and 50% (for tequila) in the US, because of which they’re called “hard.”

But when it comes to telling the difference between tequila and vodka, can you distinguish the two? If not, then this article is for you. You’ll learn how to differentiate between the two liquors. But first, let’s look at their definition and similarities.

Tequila is a type of spirit primarily produced in Mexico because of climatic requirements. It is prepared exclusively from spiky plants called Blue Agave, which are native to Mexico. The plants are also known as Tequila Agave or Cacti. As you’ll see later, there are different types of Tequila.

Vodka, on the other hand, is a clear water spirit comprising of distilled spirits and water. It was first produced in the region of Russia and Poland and is now extremely popular in America, especially in the spirits category. Vodka is extracted from cereal grains like wheat, but can also be made from stuff like potatoes.

Similarities Between Tequila and Vodka

Despite being two different spirits, vodka and tequila share some commonalities. Both are produced by fermentation followed by distillation, because of which they’re called distilled liquids. Both have alcoholic content ranging from 40 % to 50%. Also, both vodka and tequila are good candidates for the preparation of cocktails.

Differences Between Tequila And Vodka

Tequila and Vodka might be beverages of the same category, but both have stark differences. As a consumer, you should be aware of these. Some of the most important differences are:

Tequila is geography-specific while vodka is not

The most striking difference between vodka and tequila is that tequila is geography-specific, whereas vodka is not. What we mean by geography-specific is that it is produced primarily in Mexico. As mentioned earlier, tequila is prepared from blue agave plant. This plant grows, in its best form, around the city of Tequila, Mexico. Blue agave grows best in perfect desert conditions and requires eight years to mature.

The lowlands of Tequila satisfy this requirement perfectly, where the average annual temperature is 22 °C and remains dry most of the time. Therefore, tequila production facilities are located around the city. Mexican laws also state that tequila can only be the state of Jalisco and certain municipalities of Guanajuato, Michoacan, Nayarit, and Tamaulipas. In many countries to which tequila is exported, it is protected by the “Protected Designation of Origin” agreements.

Unlike tequila, vodka is not geography-specific. It originated in the regions of Poland and Russia but is now prepared all over the world.

When it comes to appearance, vodka is a clear, colorless, distilled liquid. Try Pristine Vodka if you have not already, and you will understand what we are talking about. You may find the different colors of vodkas, but in its purest form, it is colorless.

Tequila, on the other hand, varies from clear spirit to rich golden hue. This is because there are different types of tequilas. The purest form, Blanco tequila, is colorless. The other four types are Joven, Repoado, Añejo, and Extra Añejo. Extra Añejo is extra-aged, has a golden hue color.

Similarly, the taste of tequila varies based on its age. The percentage of Blue Agave and alcohol percentage also affects the taste. In contrast, vodka is flavorless. It gets its flavor from organoleptic compounds. In taste comparison, you’ll find pure tequila to be earthy and mildly sweet, while vodka is flavorless with a hint of sweetness if it contains rye. If produced from potatoes, the vodka tastes creamy.

While you might not look at health while shopping for alcoholic beverages, it’s good to be aware of the healthier option.

Starting with tequila, the healthiness of tequila depends on the type. The ones made from 100% blue agave are extremely low in sugar and carbohydrates. Since most tequilas available on the market are not in their purest form, there’s an increase in sugar.

Some advertisements of tequila claim that tequila is diabetic-friendly, good for bone health, and aids weight loss. But those are properties of the tequila plant and not necessarily the liquid derived from it. Since it contains alcohol, there’s a drop in blood sugar because alcohol can only be processed by your liver. So tequila is not the healthiest spirit as people claim it to be, but it has benefits if consumed in moderate amounts.

Vodka comprises of distilled spirit and water. So it is also extremely low in sugar and carbs. How healthy (or detrimental) your vodka depends on what you mix it with. Therefore, you should avoid highly processed vodka variants, especially those loaded with sugar.

A bad rep tequila receives is that it causes the hangover, all thanks to the shots way of consumption. Vodka is hangover-friendly. But the hangover has to do with the sugar content.

ABV% of the spirit determines the calories. As a rule of thumb, the higher the ABV%, the higher the calories. When it comes to tequila vs. vodka, tequila fares better and has fewer calories per shot than vodka. Vodka, is a type of alcohol, tend to be higher in calories. But, again, this varies based on its mixing properties, the overall alcohol percentage, and the brand.

So, who is the winner? Well, it depends on your individual preferences and tastes. If you ask us, we are going to be biased here, and rate Pristine Vodka over anything else.

We’d encourage you to try both vodka and tequila and measure the differences for yourself. With that said, you should also drink responsibly to enjoy the experience.