Vodka Myths Busted: How Many Of These Did You Believe? 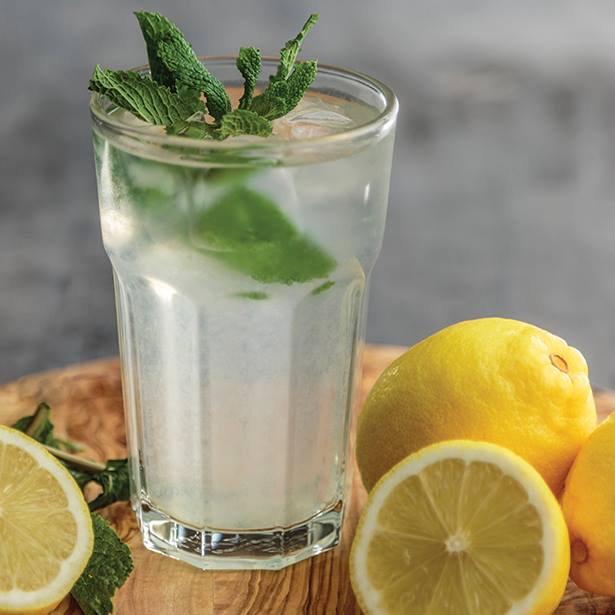 Do you believe everything you know about Vodka? That even includes the very soul of it i.e., its taste and color? There may be some truth to that fact but with a catch. Not only this, there may be other common things you heard about vodka that are actually a myth. We hope that does not hit hard on you. Let’s not live in denial anymore and know the top vodka myths.

Myth 1: All Vodka Are Same

Definitely not! Each brand of vodka has its own means of making vodka, which makes each of them different and unique. As the general image of vodka makes it tasteless and colorless, people believe that all vodka tastes the same. But that’s not the case.

The Eastern Europe Vodka i.e., the traditional style vodkas, is much stronger and assertive because of the raw materials there, whereas western vodka is known to tasteless strong, more approachable, and also the safest to drink.

A great patron knows a difference in taste among the vodka brands. For instance, try Pristine Vodka in New York, and you will realize that it is not completely flavorless. It has a specific taste to it and can be enjoyed straight on rocks.

Myth 2: Quality Vodka Is Priced Over $30

It’s a common belief that what’s priced higher is better in quality. People apply the same logic to vodka and lose the opportunity to taste better-quality vodka at the lowest prices.

With the sudden rush of a plethora of vodka makers, you can actually find a good premium quality vodka priced lower than $30. Every distiller makes use of the unique method to make vodka, and just because they have priced their vodka at a lower price doesn’t make them less the top-quality vodkas.

So, next time you are out with friends and family, be daring enough to try the new ones as well. Moreover, the new vodka brands are putting in more effort to make their product stand out and survive the top vodka brands.

Myth 3: Vodka Is Made From Potatoes Only

Well, talking of the traditional times, this could be true but not anymore. Gone are the days when vodka used to be only made from potatoes. Nowadays, vodka can be made from literally anything with sugar and starch in it.

The list of raw materials that can be used to make vodka goes endless. You can make vodka from rye, wheat, corn, grapes, soybeans, quinoa, and whatnot. No doubt, we see every other day new creativity and innovation in the vodka industry.

Myth 3: Vodka Is Odorless And Tasteless

Well, that’s what everyone believed to be, and it is how people image vodka to be. But that’s far from reality indeed. No vodka is the same in taste. All taste differently because of the texture that changes with the method of formation used. Also, as vodka is no longer only made from potatoes, the different raw materials provide varied tastes and characteristics. The taste and color of vodka also depend on the number of times it is distilled or the AVB percentage of vodka.

The new trend in vodka also says that vodkas are no longer simple and plain. The craft vodka brands have come up with impressive fruit-flavored vodkas that change the long-believed myth that vodka is odorless and tasteless.

Top premium brands label their vodka as 3 times distilled premium vodka or such. However, more distillation betters the taste of vodka is a clear myth.

The new craft vodka brands totally believe the opposite. That’s also why vodka’s demand is now increasing with the sudden surge of creativity in the industry everyone has been waiting for.

So, distilling vodka multiple times increases the production and selling cost of vodka and makes it lose its unique characteristics. After 3 to 4 times of distillation, what is left is just high content alcohol making it taste like water. The new brands have switched to alternative options that prefer distilling vodka once or twice only followed by the filtration process.

Myth 5: You Can Make Vodka Cocktails From Any Type Of Vodka

Though making vodka cocktails is the easiest as it is a mix-it-all drink, using any vodka would be a little too much.

As most vodka cocktails are made from few ingredients, maybe one or two like a lemon or any fruit juice, using any vodka could easily ruin the taste. So, if you are using vodka for making cocktails, use a good quality vodka like Pristine Vodka or anything peculiar. Also, prefer using the simple vodkas and not the fruit-flavored ones which are flushing the market these days.

Myth 6: Vodka Is A Women’s Drink

This is also one of the popular vodka myths. People associate vodka to be weaker and softer than other spirits and alcohol. This is the reason vodka is most commonly regarded as a women’s drink, and a man drinking is looked down upon because of the lack of its masculinity. That’s another myth created from stereotypical thinking.

The good news is that’s no longer the case. Vodka is pretty strong in taste as well, depending on the vodka you are choosing. This also debunks the myth we discussed earlier that not all vodkas taste alike.

If you are a man or woman, fear no one if you like to drink vodka. Moreover, it’s a modern world, and gender-specific conversations are a big no.

Myth 7: Vodka Is Not Made From Grapes

Where most of the alcohol is made from grapes, vodka isn’t is a pure myth. There are a variety of things vodka can be made of, and grapes are no exception.

So, these were some of the popular vodka myths you should stop believing. Add more vodka to your lifestyle, and reap its various benefits. Don’t forget to order Pristine Vodka in New York now.